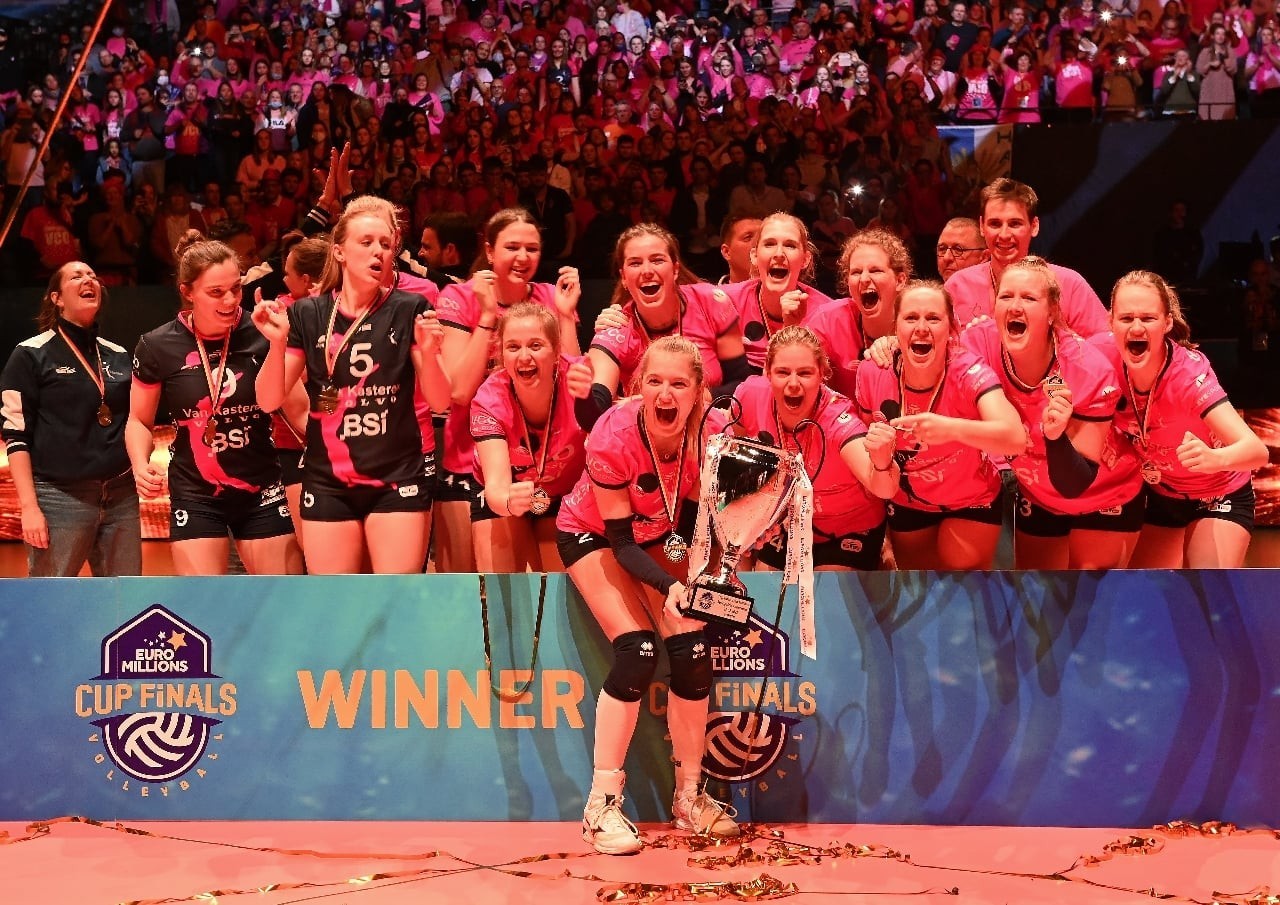 VC Oudegem conquered the Belgian cup by beating favorite VDK Gent. It is the second time that Oudegem has won the cup. For VDK Gent, which has not lost a single game this season, this is a bitter defeat.
After Oudegem was able to win the first set quite smoothly (25-16), the second set (30-32) seemed to herald a turning point. Nothing could be further from the truth: Oudegem also won the next two sets smoothly (25-16 and 25-20).